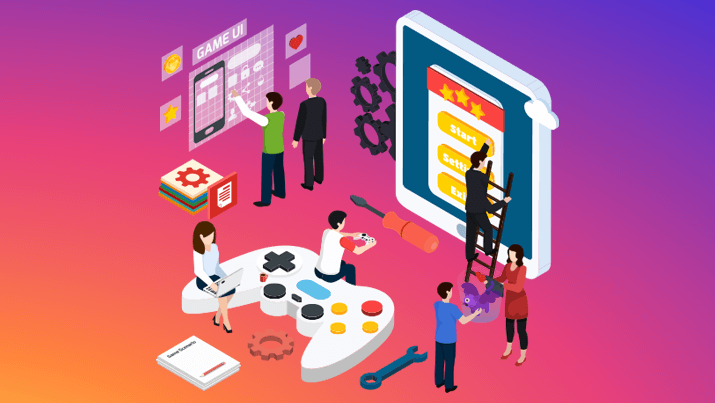 Mobile Game Features You Must Have in 2021

With millions of mobile games being available in the app stores, only a few are able to make it big. And there are solid reasons why that happens, the major one being keeping up with the technological advancements. Recent years have seen a surge in mobile games, with leading technologies being implemented into the games. Additionally, according to ‘Iron Source’, the mobile game’s revenue grew to $68.5 billion at the end of 2019, with a furthermore increase in the following years. And we can say all these hits are due to the continuous advancements in mobile gaming experiences enticing more and more people to try out these games.

When you are off to launch a new mobile game, there are a few features that gamers are expecting in 2021. In this article, we will introduce you to 5 such features that can make your mobile game the talk of the town plus, we have added in some other small yet essential features to create a successful mobile game.

In 2021 it’s no longer about playing alone; rather, it calls for a more interactive gaming environment where players can communicate with each other. In-game chat features are now one of the trending features that has taken the gaming world by storm. Think about it! You are playing your favourite game with a competitor along with having a great conversation side by side. Feels intuitive! Isn’t it? What’s better than this to upgrade your gaming experiences to a whole new level, especially when the pandemic is forcing you to stay inside.

The essence of any game lies in the enthusiasm with which it is played, and an in-game chat function like a video chat or voice chat would be the right tool to bring in that enthusiasm in a virtual space. 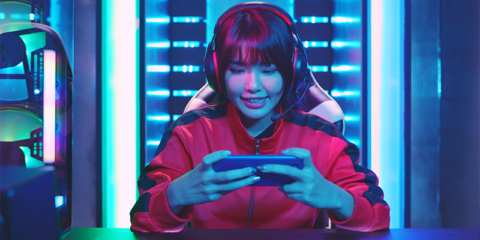 As of now, Ludo King, created by the Indian gaming company, Gametion Technologies, stands as one of the top games that provide such a feature. It’s incredible how a traditional Indian dice game went viral at a global level, especially during the lockdown period. Google play store even ranks this game as the number one gaming chat app with 500 million downloads. Initially built with just a text chat function, its huge success can trace its roots in its collaborative environment of voice chat and video chat.

Other popular games with similar features include Fortnite and Call of Duty.

In mobile games, there is no compromise to high-fidelity graphics and visuals because everybody loves rich visuals and the accompanied experience. A game with high-fidelity graphics and character design often lets you see a lot of details, depth, shadow, texture and nuance of colour that’s similar to real-life settings. Being able to see every element in vivid and photorealistic graphics drives stronger emotions in gamers, inspiring them to get involved in the game than just playing it. Rich visuals can also deliver more satisfaction and enjoyment, contributing to the overall player experience on multiple levels.

Most types of games that fall under this category are shooting games, racing games, multiplayer online battle arenas (MOBAs), and all types of massively multiplayer online (MMO) games. A high-fidelity game is characterised by advanced 3D graphics, AI-controlled characters and sustained high levels of GPU demand. Even with all these complexities, it is still considered a top feature to include in mobile games for an extraordinary gaming experience. 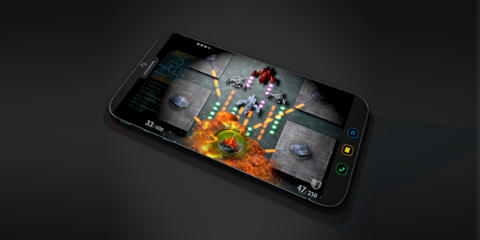 The Red Dead Redemption 2 action-adventure game developed and published by Rockstar Gamesis is considered one of the best high-fidelity games of all time. With real life-like characters, movie-like visuals and impressive details, it’s no wonder why this game stands as the greatest of all. Its landscapes, background noises, atmosphere, soundtracks and almost everything points towards how a game with high-fidelity graphics should swear by.

Imagine getting interrupted while playing your most favourite game. Sounds too irritating, right?

When you design a mobile game, it is naturally prone to interruptions, and gamers all over the world are desperately in need of intelligent interruption settings that give them enough flexibility to play their games without getting irritated. But this doesn’t mean you have to build something that entirely breaks the person from getting any notification because phone notifications can sometimes be very important, instead, it calls for an interruption setting that lets them get interrupted without affecting their game. 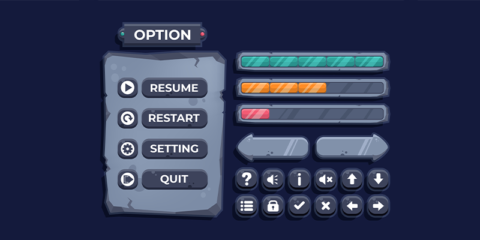 You can also develop something that gives them the liberty to select what notifications to be allowed while playing and whatnot. These are just a few ideas, you can develop other creative interruption settings that can possibly become a great invention in the gaming industry.

Augmented reality gaming or simple AR gaming is nothing but the use of AR technology in the game visual and audio content to make it seem real for the user. It uses the user’s environment to transform it into a playing field for an immersive gaming experience. And the best part is unlike virtual reality; you don’t need any wearable technology for AR, which is a perfect thing when it comes to mobile gaming.

It does its magic by superimposing a pre-created gaming environment on top of the actual environment. For example, when you play AR games, you will be able to see in-game characters running in your home, climbing on your sofa to jump towards the coffee table and much more. The possibilities are immense. The diversity of the real-world environment keeps the game engaging, exciting and always fresh. Environment creation in AR can be a time-consuming task but never bother! We at Parel Creative augmented reality app development company have created such games for a very long time and thus have the right mastery to develop a phenomenal AR mobile game. Feel free to contact us! 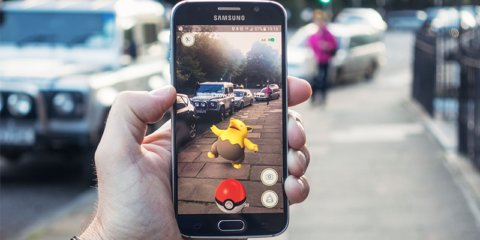 A breakthrough in AR gaming happened with the introduction of the biggest AR mobile game ever, the Pokemon Go. It uses the mobile camera, gyroscope, clock and the GPS of a smartphone to provide a location-based AR which can be seen on the mobile screens. That means gamers can see the pokemon on their screens walking, jumping, attacking and hiding in their real environment. Indeed, an engrossing technology that can create ripples in the gaming industry. Other popular ones include Jurassic World Alive, Ingress Prime and the Harry Potter: Wizards Unite.

Wearable technology, a part of virtual reality, is a broad term used to signify tech items that you can wear seamlessly on your body. With technology advancing each day, developing mobile games supporting particularly wearable technology can yield a highly sophisticated gaming experience that can be impossible with a simple mobile game.

Wearable technology uses elements such as gyroscopic motion sensor and gesture tracking to create an interactive gaming experience. A gyroscope is an angular velocity sensor used to maintain a reference direction to provide stability in navigation. While gesture recognition is understanding human gestures through image sequences using mathematical algorithms. It might sound very complex, but the experience would be magical, something mobile game app developers should definitely discover to create a big hype among the gamers. 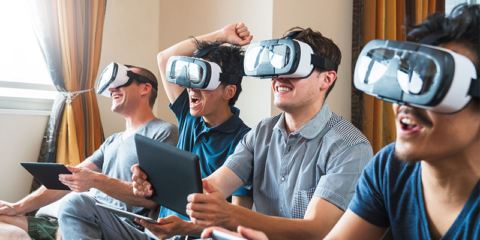 Currently, smartwatch gaming is at the forefront of utilising and integrating this technology with smartphones and games. Some popular examples include Wear Droid, Infinity Loop, Tilt, Tic Tac Toe Play and Roll The Dice.

Get groundbreaking wearables app development services with Parel Creative. We have over a decade of experience in delivering some of the very best and innovative wearable technology applications. ? Explore more!

Other Basic Yet Essential Features

Apart from these five, there are several other basic features that can impact how a mobile game is perceived. Including them will give your mobile games an extra push to get into the trending list. Let’s check what those essential features are!

According to ‘Tech Jury’, there are over 2.2 billion active mobile gamers worldwide and impressing them with your game needs a lot of hard work and, of course, updated technology. Imagine a mobile game with all of the above-mentioned features! It would undoubtedly land you in a marvellous opportunity to take a deep dive into the gaming industry with millions of downloads and a staggering revenue.

Want to build such mobile games? Connect with us to know-how! 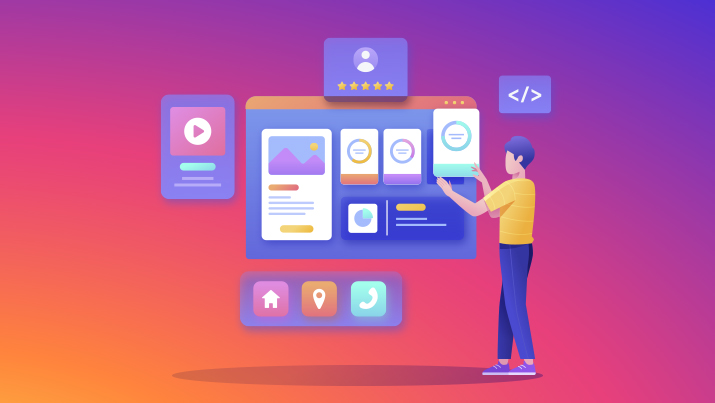 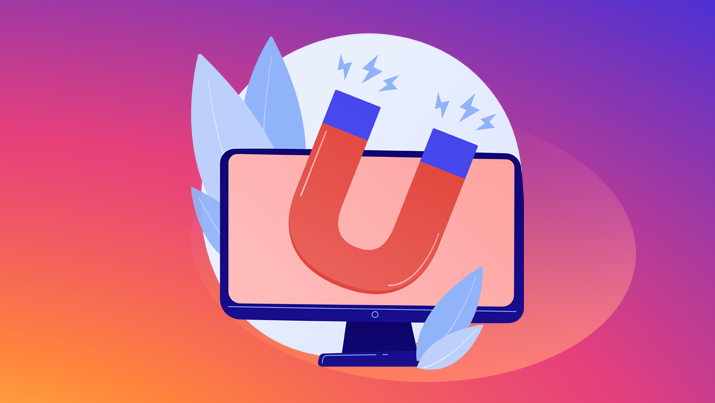